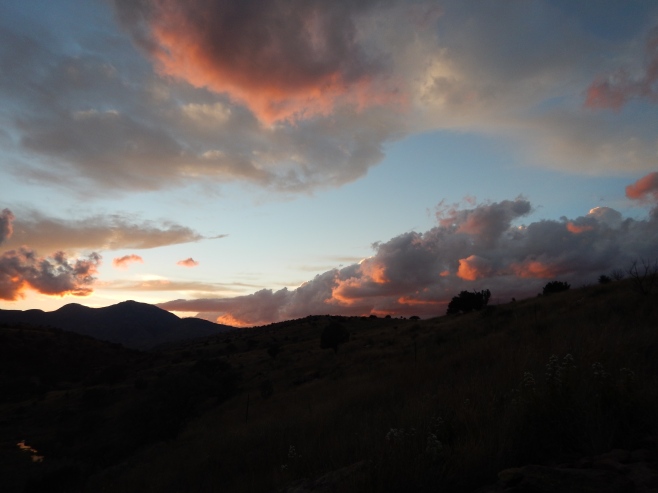 It stretches out. Snow-covered. Big rigs. Waver of their slipstream. Timing the drive to avoid the rush hour of the big cities. The crazies. The frantic.
Settle into it. The wheel and the seats, the windshield.
Spitters, the plain ones. No, the salt and pepper. Have you tried sweet chili? A quick meal of nothing special just fuel for the tank and then back at it, the dogs walked at an off ramp where a gravel road leads off into the snow. The detritus of a society on the move whipping in the west wind. Diapers. A shoe. Old Milwaukee empties. A crumpled up soft-pack. A flip-flop. There’s always a flip-flop. Then the road again. Interstate four-lane.
Trade off at the wheel, lost in an audio book and then a podcast and then another podcast and four hundred miles wash away under the tires. How, we wonder, did we ever do without them? With only an eight-track? Then a cassette? Then a CD player? How did we do without cruise control? Without chargers? Without iPhones? How was the road possible? Was it longer?
In the darkness, the end of the snow is not seen but the next time the dogs and their humans need to pee, there is no snow. Only greasewood and tumbleweed and the trash of the world on the move exposed to the wide open. Burger wrappers. A flip-flop.
On through the night. Zoned at the wheel, reflector posts become hitchhikers in the darkness then become reflector posts. A funny sign: Johnson Wash. Laughter edgy, crazy sleepless. Rumble strips thrum. Trade off, buy more spitters and coffee at the next stop. Forgot water. Suffer a bit, then forget water. Spitters and coffee.
Dawn is the desert. Pastel dawn and cars and trucks with cactuses on their license plates pass. Flatbeds with lawnmowers instead of snow machines. Out there in the creosote, there are more birds flitting. A coyote on a ridge. Snow on distant peak, a frosting of it now instead of the entire canvas of the landscape whitewashed.

Up for some Mexican? Dreaming of eggs rancheros, Christmas style. No good Mexican food north of the Grand Canyon. But south the diet is all Mexican, all the time. Rellenos especially. But the first town has a Cafetería that doesn’t open until 8. There will be no waiting, no matter the measure of the gut-grumble. The breakfast burrito at the cowboy cafe is a bitter disappointment. The road again.

The road does not lead to food alone. The road leads to the quail and the last days of a long season that started up against Canada. The season will end with Mexico on the edge of it.  Need a nap. But. We are here. Oak and grass and century plant skylined. We will hunt. Then sleep.